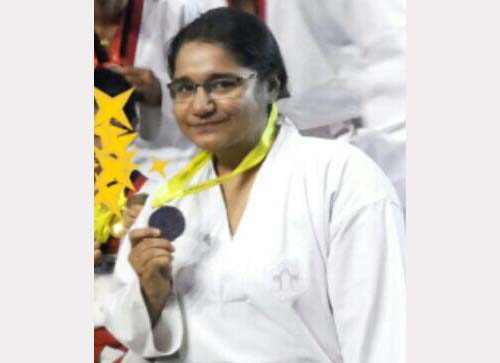 I had participated in the 25th State Taekwondo Championship,2015 held at Sports Authority Of India(SAI),Salt Lake,Kolkata,India from 2th to 28th of June and acquired a Gold Medal under the Senior Girls Category.Taekwondo is a Korean Martial Art with a heavy emphasis on kicks.I am practicing Taekwondo from year 2009.During this period I had participated and won in different tournaments.It has brought more discipline to my life.It makes me feel more confident,fit and active after I started practicing the Art.I encourage girls to practice this not just for Self-defense but for themselves.